Former Tapper With Attitude member Alison Friedman writes from her current home in China. You can also read a great article about Alison in the China Daily newspaper. 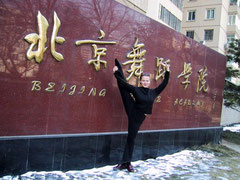 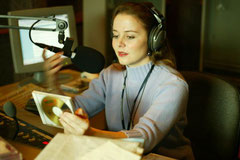 Ni hao from Beijing! I have been living here since 2002 when I came on a Fulbright Fellowship to research the development of modern dance in China. Within a few months of arriving, however, I got a bit distracted from my modern dance focus and began teaching tap dance – ti ta wu as it’s called in Chinese. After “Riverdance” became a smash hit in China, I felt it was my duty as a hoofer to get out there and show people what tap dance really is!

It wasn’t hard to find an eager audience in a country where Shirley Temple is virtually a national icon. The China National Ballroom Dancers Association noticed that tap dance was becoming the hot new thing here, so in 2002 they set up ten-day master classes for people from all over the country to come to Beijing to study tap for up to 8 hours a day over the 10-day periods. Their goal was more patriotic than artistic, however, and at the final class presentation after my first 10-day series, the Chairman of the Association stood up and announced to the group, “It’s all well and good to have Americans come teach tap, but we need to develop Chinese tap dance so we can have Chinese tap dancers teach Chinese tap to us!” After 5 years, I’m still trying to figure out what exactly is “Chinese” tap dance – perhaps it’s something like an American dragon dance or a Russian Flamenco?

I decided I needed reinforcements to really show Chinese dancers and audiences the diverse range of American tap dance; my dream of organizing a tap dance festival in Beijing was born. In 2004 while home for the holidays I returned to TWA for a master class with Lane Alexander. I shared my dream with him, and being the festival master that he is, he was immediately inspired. But it would take a few more years and a lot more work before anything could happen.

In the mean time, I continued to choreograph and perform tap numbers for China Central Television (CCTV) and Beijing Television (BTV), including a piece that combined tap dance with traditional Chinese sword fighting. The Beijing Dance Academy, China’s premiere dance conservatory, invited me to teach tap to their Arts Communication Department, a new department set up to expand the curriculum from more traditional dance forms. I had a blast showing dancers here that although tap dance originated in the US, it could be danced to any kind of music – including traditional Chinese music. As we shim-shammed and flammed to the rhythmic gongs of Peking Opera, I realized I may be on my way to figuring out – or even defining – the “Chinese” tap dance those cadres were talking about.

This past December, Lane and I saw the first step of our dream realized when 65 American hoofers, including four from TWA, took the stage in the Fifth Beijing International Dance Festival. Tappers from the Beijing Yan Ling Dance School joined for the shim sham finale. Now if we can just get Shirley Temple that plane ticket to the home base of her largest fan club…