Lulu, a Washington DC native, began tapping when she was 8 years old and joined TWA at age 11. Although she had to leave TWA just 4 years later in order to attend boarding school in Connecticut, she continued dancing by teaching tap classes to both children and adults at the local dance studio. Later on, while at Harvard, she became the head choreographer for TAPS, the university's tap dancing ensemble, teaching the mostly Broadway-style trained members the art of rhythm tap.

Lulu is now working on her Ph.D. in Art History at the University of Texas at Austin as a Harrington Doctoral Fellow, specializing in the Precolumbian Mesoamerican world. Her work now centers on the very early art and sculpture of the Maya, particularly that from the Guatemalan highlands, though she has also found interest in underwater archaeology, specifically the excavation of submerged lake deposits.

In the past few years, Lulu has spoken as a guest lecturer and at various conferences around the globe. She has written a monograph titled Producer of the Living, Eater of the Dead: Revealing Tlaltecuhtli, the Two-Faced Aztec Earth, and has co-authored two other books, one illustrating the monuments from the site of Toniná, Mexico, and the other focusing on the ceramics of the ancient American Southwest. Although the academic world has, in the past few years at least, stolen her away from the dance studio, she believes it's only a matter of time before those feet start tapping their way back again. 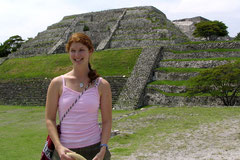 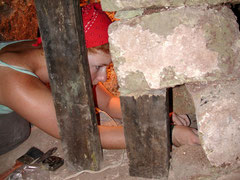