TWA graduate LeeAnet Noble set out to pursue her dreams of becoming a performer, with much success. After TWA, she studied acting at Howard University, graduating Magna Cum Laude with a BFA in Theater. Her hard work has paid off; she has earned her reputation as a multitalented actor, dancer and drummer. LeeAnet's unique style of mixing tap dancing and masterful drumming has won her critical acclaim across the U.S. Known for her energetic footwork, the creative addition of drumming enables her to express herself in an uplifting and innovative manner. In January 2010, LeeAnet's latest news is that she is serving as a CA (choreography, directing and music) for a Disney KIDS Musical Theatre Development Project.

LeeAnet's original one-woman show premiered December 14, 2007 at The Zipper; in KickN2theBeat, she morphs into six different musicians and dancers who have an endless passion for their craft. The characters' stories are told through rhythm, using "tools" as varied as a djembe, congas, South African song and dance, and a pair of tap tennis shoes.

LeeAnet was recently seen opening the star-studded fundraiser The Black Ball at the Hammerstein Ballroom; her djembe solo with Juxtapower received rave reviews. In addition, she has held leading roles in the New York casts of the international hit shows Stomp and Drumstruck and has performed along with such artists as Harry Belafonte, Hugh Masekela and Danny Glover.

The Public Theatre featured LeeAnet's original choreography in Nativity. She also performed with The Public Theater troupe in Suzan Lori Parks' 365 Plays and appeared in The Irish Repertory Theater's House of Charlie.

LeeAnet currently performs on both coasts, and teaches tap, step, poetry, gumboot dancing, Zulu dancing and percussion in the New York school system, as well as Slammin'workshops (alternative drumming and tap). She also has released two singles on itunes.com (search for lerato) or visit www.cdbaby.com/cd/ltlmusic). 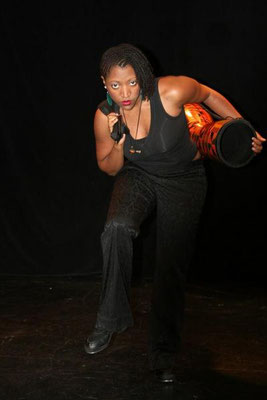 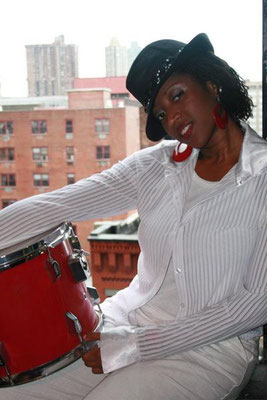